First, a friend shared a story from his childhood about his family’s beloved physician. Back in the 1960’s, the doctor –who always addressed parents as “Mother” or “Dad” and gave off a Marcus Welby, M.D. sort of vibe – would write a minimum of two prescriptions for his young patients. One was for the medication, the other for an ice cream cone from the neighborhood pharmacy. (Remember when drug stores had soda fountains? Some, thankfully still do).

As you might guess, the ice cream prescription also virtually guaranteed the other script would be filled at the neighborhood pharmacy, too.

Sadly, Big Pharma put the kibosh on such practices, but my friend’s family doctor will always be remembered for his gentle, caring bedside manner, and ice cream, qualities that endeared him to families, earning their trust for generations.

The second story involves – at least indirectly — arguably the greatest athlete of the past half-century, Bo Jackson. In Pensacola, Fla., The Andrews Institute practices world-class sports medicine. The institute’s founder, Dr. James Andrews, is recognized as one of the best orthopedic surgeons in the world, a man who has resurrected or prolonged the careers of many athletes, including Jack Nicklaus, Michael Jordan and yes, Bo Jackson.

But the Andrews story is about more than marquee athletes. Last year, a friend’s oldest son, then 13, wanted to try out for the high school basketball team, which required a physical. On a certain Saturday in August, the Andrews Institute offered free sports physicals for the young athletes. These were thorough examinations. My friend watched his son as he moved from station to station, the walls adorned with photos of some of the world’s best athletes, all of whom had received care from the Andrews Institute.

As each youngster viewed a new photo, their eyes would grow large and they would talk excitedly to the next kid in line. The idea that the medical practice that had cared for Bo and Michael “His Airness” Jordan was not lost on the kids of the ESPN and video game generation. During the examination, they were like Bo and like Mike, at least for a little while.

As each young athlete completed his or her physical, they were given snacks and a T-shirt.

My friend’s son beamed as he left the clinic.

Flashy marketing campaigns can reap big benefits for community hospitals. But giving can be just as powerful, creating brand loyalty for generations. 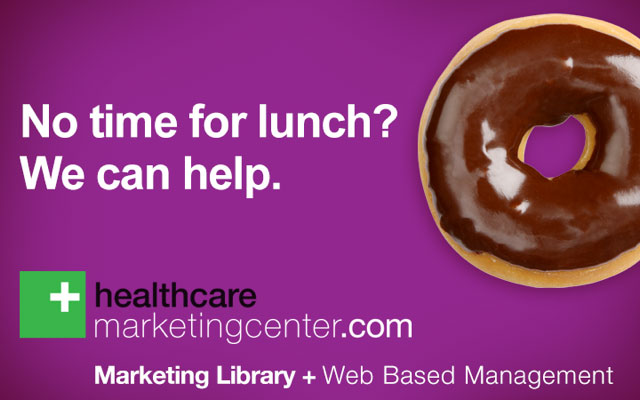